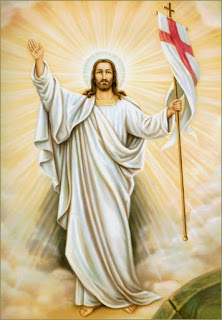 My dearly beloved daughter two signs will become apparent as the multitude of chosen souls rise to assist Me in reclaiming My Kingdom on earth. The first sign relates to the loftiness of souls in My Church on earth, where human reasoning, intelligence and ambition will destroy the true faith of My sacred servants. Pride and arrogance, coupled with an innate longing to experience a deeper faith, which will always be just beyond their grasp, will result in a false church of darkness. It will produce a lofty hierarchy, which will breed untruths and a barren faith.
The second sign relates to the lowly bodies when the human body – a sacred Gift from God – will be reduced to a mere vehicle used for worldly adornment, where no respect will be shown to it. Lack of morality will result in a lack of respect for the human body including the abuse of the body where it is used as a means to participate in grave acts of sins of the flesh.  The lack of respect for human life will also mean that murder will become so common that  many will, eventually, become completely immune to the horror of physical death at the hands of evil men.
The purification of man continues for without the suffering of willing souls, many people would be lost. Only then, when all things seem unbearable, will those with the Seal of the Living God, be given the relief from their sufferings which will blight humanity including sin, wars, famine and disease. You must never ignore wars – small though they may be – for they will spread. Never ignore lack of true faith in My Church for this, too, will spread. Never ignore hatred amongst nations, who use religion as a means to inflict terror amongst their enemies, for this also will spread to devour the souls of those who love Me. Never ignore hatred of God’s visionaries or chosen prophets for if they hate these souls then they hate Me.  You must not allow their wicked tongues to tempt you into joining with them in their vile attempts to drown out the sound of My Voice. If you do, then you too will become as infested as they are.
And, while all of these disturbances take place, I will arm My Angels and chosen ones to do battle with those who denounce Me. Then just as the world loses every ounce of dignity known to man, the beast will open the abyss and then every enemy of God will infiltrate My Church. But it will be according to the will of man, whether or not, he is prepared to put up with such injustices.
Those who stand up and defend the Will of God will be filled with great Graces and, by their faith, will atone for the sins of those too stubborn or too fearful to resist all that contradicts the Word of God. When all evil atrocities increase and when man realizes that he does not have the ability to fight or control such wickedness, he must turn to Me and say:
“Jesus, deliver us helpless sinners from Your enemies.”
Only then can I intervene to dilute the impact of violence, murder, hatred and wars caused by the sin of man. Turn to Me every day and call out for My Mercy. I will never forsake those who reach out to Me.


Crusade Prayer (62) For Lost and Helpless Sinners
“O Jesus, help me, for I am a sinner lost, helpless and in darkness.
I am weak and lack the courage to seek You out.
Give me the strength to call You, now, so that I can break away from the darkness within my soul.
Bring me into Your Light, dear Jesus. Forgive me. Help me to become whole again and lead me to Your Love, Peace and Eternal Life.
I trust You, completely, and I ask You to take me in mind, body and soul, as I surrender to Your Divine Mercy. Amen.”

Your Beloved Jesus
Posted by Billy Anthony at 12:12