This new one world religion will pay homage to the beast 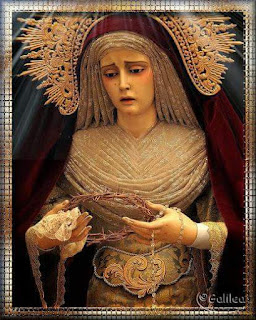 My dearly beloved daughter, many souls are watchful at this time, as they witness the rapid changes in My Catholic Church, now starting to manifest.
The signs are beginning to show all that I prophesised through you. The lack of available Masses can be seen. The Holy Eucharist is no longer easily accessible. The Sacrament of Confession is limited in many of My Churches.
Many of My churches have no priests to manage them. There are so many deserting My churches, at this time of tribulation, that soon, these churches will be given over to commercial owners.
As the faith of Christians is being tested, it is important, therefore, to continue to pray My Crusade Prayers. Soon, new servants will be introduced into the Catholic and other Christian Churches.
Religious differences will be blurred around the edges at first. Then, within a short time, you will not recognise My Teachings, for they will have subtly disappeared. In their place will be a series of vague, but poetic, utterances, which promote the tolerance of sin.
The lies, presented to unsuspecting churchgoers, will not be noticed in the beginning. Then, a deep unsettling sense that something is not right will haunt My followers.
The final deceit will be when the Holy Sacraments have been replaced by pagan substitutes.
All will be presided over by the false prophet, who will claim to be the high priest over all religions, combined into one. This new, one world religion will pay homage to the beast.
All those who follow blindly will be devoured by the beast and be lost to Me forever.
The speed at which this will happen will astonish My followers. The plan is being carefully managed. The campaign, to convert the hostility of Christians into the acceptance of secular laws, is being professionally masterminded.
It is being planned among many nations, by one group, who use personalities, celebrities and figureheads, all of whom are respected by the majority, to endorse their evil lies.
Be warned. Do not accept lies. Do not become involved with the plan to desecrate My Holy Name.
Your Jesus
King and Redeemer of all of mankind

Crusade Prayer (32) To stop abortion from being legalized in Ireland

O Mother of Salvation, pray for your children in Ireland to prevent the wicked act of abortion from being inflicted upon us.Protect this holy nation from sinking deeper into despair from the darkness, which covers our country.Rid us of the evil one who wants to destroy your children, yet to be born.Pray that those leaders will have the courage to listen to those who love your Son, so that they will follow the Teachings of Our Lord Jesus Christ.Amen.
Posted by Billy Anthony at 13:40