God the Father: It is to save the innocent souls, infected by liars, that I punish the wicked 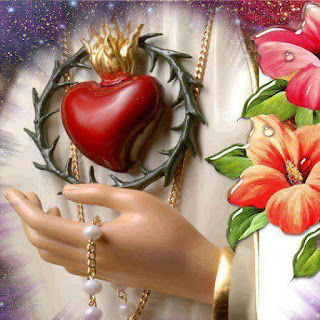 My dearest daughter, Divine Knowledge is grasped by only a few of My children and, even then, there is only so much I permit them to know.
Understanding My Holy Word is difficult for many and, yet, it is very simple.
I love My children, but they were snatched from Me when Adam and Eve forfeited their right to My Divine Kingdom. Tempted by a jealous serpent – he who was given every honour and favour – My children turned their back on a Glorious Kingdom on earth.
They turned their backs on eternal life and because of this all their children, generation after generation, suffered.
My Son was then sent to save My children from eternal Hell by freeing them from Sin. Now He will come to instil on earth the original Paradise, which was meant to be.
My daughter, there are now preparations being made for the battle for souls to commence.
Tell My children that I am bestowing special graces upon them.
These graces will give them extra power when they pray to mitigate chastisements. Through the prayers and requests of My children, they can, not only save the souls of the heathen who offend Me, but they can halt My Hand, which will fall to stop those who speak on behalf of the beast.
I punish My children with a wretched heart. I do this, not just to punish those who cause terrible evil, but, to stop them from stealing souls through their lies.
It is to save the innocent souls, infected by liars, that I punish the wicked.
My children must be strong for the sake of all.
Prayer will be the weapon, which will slay the beast. It will not be through war, through the power of those elected in high places or those who lead My churches on earth, that the infestation will stop. It will be through the faith of those who are loyal to Me, God the Most High, and those who accept My Son Jesus Christ, as Saviour, that the world will be saved.
You, My faithful children, will be the key to the salvation of all of My children. Your prayers will be heard. Your requests to save sinners will be answered.
I love you. I thank you for the love you show My Son and I bless you.
Your loving Father
God the Most High

Crusade Prayer (169) For the salvation of those who reject Christ

Dearest Jesus, by Your Compassion and Mercy,
I beg you for the salvation of those who have rejected You;
Who deny Your Existence;
Who deliberately oppose Your Holy Word and whose bitter hearts have poisoned their souls against the Light and the Truth of Your Divinity.
Have Mercy on all sinners.
Forgive those who blaspheme against the Holy Trinity and help me, in my own way, and through my personal sacrifices, to embrace within Your Loving Arms, those sinners who need Your Mercy the most.
I give You my promise, that through my thoughts, my actions and the spoken word, to serve You as best I can in Your Mission of Salvation. Amen.

My dearly beloved daughter, there is a plan to commence a surge of global preaching.
This preaching will not be of God. Instead, it will preach a lie, which will state, that God does not, and cannot, exist.
They will say, using human reasoning and scientific evaluation, that God is just a figment of man’s imagination.
This preaching is no accident, for it is a well-planned and coordinated campaign plotted by these atheists  whose allegiance is to the evil one.
Their hearts, minds and souls have been stolen by Satan, who uses their pride of human intellect to arrogantly proclaim lies to block the Truth.
This is a plan to turn the hearts of people everywhere to stone, just as their own hearts are cold and unloving. Then there will be an announcement that a new substitute religion will be introduced into law.
The one world religion will pay homage to the beast, because it will be by the hand of slaves to the king of darkness that this atrocity will come about.
The atheists who will mastermind this plan are devout followers of Satan.
Make no mistake – they idolise the beast and think nothing of the hurt and torment which their actions will bring about.
Their mission is to abolish allegiance to the one True God, the God who loves every one of the children He created. They will reject the efforts now being made from Heaven to save humanity from final destruction.
It will be by their hand that lightning, earthquakes and tsunamis will strike the earth.
They will be stopped.
They will suffer terribly and their agonising end has been foretold.
The Battle of Armageddon will be fierce, for God will no longer sit back and allow such infestation.
Terrible chastisements, of such magnitude, will wipe out those heathen who reject the Word of God.
Prayer to God seeking Mercy is the only way to mitigate such chastisements. Your prayers, begging for the forgiveness of their sins, is the only way in which such souls can be saved.
My daughter, much destruction will result because of the wicked work, which these atheists groups intend to force upon the earth.
Many do not know the seriousness of their actions.
Many, however, do know exactly what they are doing, for they are liars.
They do believe in God, for they have chosen His nemesis, the devil, as their god by their own free choice.
All they want is to steal souls.
God My Father will, by His Power, intervene not merely to punish them, but to salvage souls before they are stolen from Him.
Your Jesus