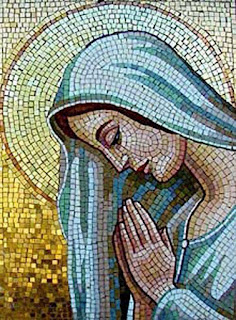 My dearly beloved daughter, when I say that I have sent My prophets into the world, this means that each one has been given a specific mission. No two missions cross over.
It is a difficult and lonely time for the numerous seers and prophets, because each one works alone. You, My daughter, as I have told you are the last prophet. Anyone who comes forth now, and claims to proclaim My Word, since you received your Messages, has not been given this authority by Me.
Many poor souls have decided to seek attention, and in some cases, to detract from these Holy Messages, given to the world to help save My souls.
I come to plead with God’s children to listen to what I have to say, but I cannot force them to hear Me.
I can never command God’s children to do something, for this is not possible, for they have been given the Gift of free will.
All I ask is that you open your hearts, and allow My Love to fill your souls. I want all of you, including those who commit evil acts, to know that I love you. As such, your salvation is My priority. Either way, the prophecies foretold in the Book of Revelation have commenced.
Those who listen to My instructions and respond to My call can salvage many souls.
My desire is that every one of you comes to Me and shares in the Kingdom of the New Paradise.
I do not condemn hardened sinners, nor do I ask you to condemn them, for this is not your right. If and when you condemn another, you do not speak in the Name of God. If you encourage others to judge other people, by condemning them, you reject Me, your Jesus.
I call on you all to listen to just one voice at this time. My Voice is all you must focus on, if you wish to save yourselves, your families, friends and neighbours. All prayers are now being sought to help you and your loved ones to prepare for My Confession, the Warning.
The time is close now.
Your Jesus

Litany Prayer (5) For the Salvation of Those in Mortal Sin

Jesus, save all sinners from the fires of Hell.
Forgive blackened souls.
Help them to see You.
Lift them out of darkness.
Open their eyes.
Open their hearts.
Show them the Truth.
Save them.
Help them to listen.
Rid them of pride, lust and envy.
Protect them from evil.
Hear their pleas for help.
Grasp their hands.
Pull them towards You.
Save them from the deception of Satan. Amen.


My dearly beloved daughter, the secret regarding the raising of the dead is important to understand.
When I died, as a man in the flesh, I destroyed your mortality. My death, not just freed you from death, but from sin, after death. My Death on the Cross gave you the gift of immortality, in My New Kingdom.
Because I died as a man, I died a mortal death. When someone dies they will become immortal, if they are in a state of grace.
When I rose from the dead I bequeathed this Gift to those who are now in Heaven, who died in a state of grace. In my New Paradise they will become perfect immortal bodies. Those on the earth will become immortal at the Second Coming in the blink of an eye.
As the trumpet of My messenger rings out, the dead will be raised, as well as, those whose names are in the Book of the Living, to enjoy Eternal Life in the 1,000 years of My New Kingdom, promised to Me by My Father. It is called the New Paradise and everything that is mortal up to the end will no longer be.
You will be united with Me, your Jesus.
Death will no longer matter, for it will not exist.
Now that I am bringing you the Gift of My final salvation, you must listen to Me.
Take heed, and encourage those, who today, just as they were in the days of Noah, are caught up in their fun-filled aspiring lives, that they would be foolish to ignore the signs. Just as in the days of Noah, they were swept away in terror when the floods came. Do not let that happen this time.
My followers have been given exhaustive warnings, but it is no use. The problem is that those who accept the Truth, mingle with those who do not accept the Truth, and this influences them.
You must keep away from those who are pagans and pray for them. If you do not keep away, you will be seduced, by lies and unclean spirits.Those, who resist Me will pull away from My protection. They will soon find that their lives of corruption will take them over, slowly at first. Then they will block Me out, and become a slave to lies. When you keep in their company, you, too will be attacked.
Then you will find yourself apologising for speaking the Truth, the Word of God. It will be at that stage, that you will see clearly the divide in your world. The Gift that you have received from the Holy Spirit, will mean that you will know, instantly, the danger they are in.
If they only knew the Truth they would run to you. For all the false gods they idolise, made from material things, created by God, they make the same classic mistake. They adore the wonder of material things, but ignore their Creator.
In the New Era of Peace, they will have so much more, so much perfection. Yet they turn their backs.
I will always love them, but their lack of love for Me, means that they won’t enter the new life, which I have created for them.
This new life was created and made possible for two reasons.
When I died in the flesh, I destroyed death. When I was raised from the dead, I gave you Eternal Life, when the body has no power over you anymore.
This is My Promise to all of God’s children. Those who survive at the end time, will not die a physical death. They are blessed. They will be turned, instantly, into perfect physical bodies, in mystical union with My Glorious Body.
It will be then, that they will meet those who died in My favour, who will be raised from the dead. They will all live in My New Paradise.
Your Jesus
Posted by Billy Anthony at 23:36