Mother of Salvation: My Son, Jesus Christ, will be betrayed by another Judas and one with great authority 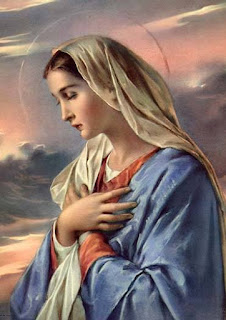 My dear child, when Judas Iscariot betrayed my Son, Jesus Christ, it had far-reaching consequences. Because he was one of my Son’s closest allies, and as a member of His precious apostles, his betrayal was very painful for my Son. Because he, a traitor, came from within my Son’s Domain, this meant that doubts crept in amongst those who were unsure as to whether or not my Son was, indeed, the True Messiah. The doubts spread and many of His apostles and followers felt confused, lost and afraid. They knew that once He was seized by His enemies, the Truth would be questioned and then denied. They also knew that, were they to defend my Son publicly, they would also suffer and could have ended up having to endure the same punishment meted out to Him. They knew also that they would not have had the courage to stand defiantly against His enemies, for fear of ridicule.
So, will the betrayal of my Son, from within His Church on Earth be the same. My Son will be betrayed by another Judas and one with great authority, from within His Church on Earth. When this, the second greatest betrayal, since Judas Iscariot sold my Son for thirty pieces of silver, takes place, it will make people of every race, nation and Christian faith, question the Truth. This betrayal will also have far-reaching consequences, because it will bring into question every single aspect of my Son’s Divinity. When this happens, the Truth will collapse. In its place, a corpse will be raised up, rotten to the core, without any sign of life. A dead doctrine will be raised and dressed up with all the false attributes associated with my Son, but it will bear no fruit. Yet, it will seem like a new conversion.
True conversion comes from people’s love for God, powered by the Gift of the Holy Spirit and by their own free will. This new doctrine will be foisted upon the world, without your free will. Reject it and you will be punished by my Son’s enemies.
Those who betray my Son in the final days will have no life. Those who don’t betray Him will live forever in the Glory of God.
Your beloved Mother
Mother of Salvation

Crusade Prayer (115) For the Gift of Conversion

O Mother of Salvation, cover my soul with your tears of Salvation.Rid me of doubts.Lift my heart, so that I will feel the Presence of your Son.Bring me peace and solace.Pray that I will be truly converted.Help me to accept the Truth and open my heart to receive the Mercy of your Son, Jesus Christ. Amen.
Posted by Billy Anthony at 07:11