My Time, which is entwined with the Divine Will of My Father, is almost upon you 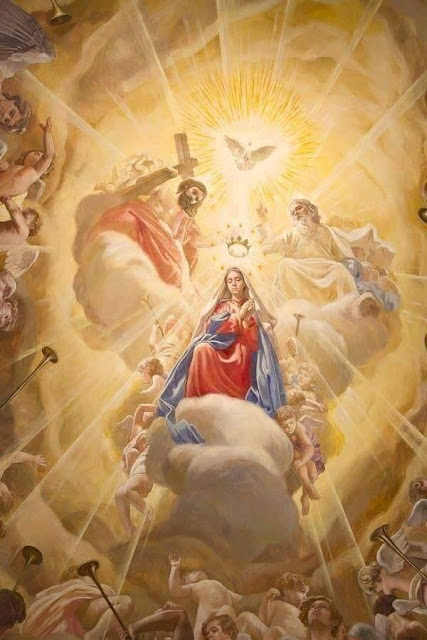 My dearly beloved daughter, My Time on earth may seem to have ended at My Crucifixion, but that was only the beginning.

My Time, which is entwined with the Divine Will of My Father, is almost upon you and, finally, I will come, once again, to envelop humanity into My Sacred Heart.

Much has been achieved, not only by you, My dearly beloved disciples, but by the Faith of My Church in standing up to the persecution inflicted upon My Body on earth by secular governments.

How I love My loyal followers. How much comfort they bring Me, because of their firm and loyal allegiance. The Holy Spirit is rampant in these times and was cast, like a net over humanity, as an antidote to the spirit of evil present in the hearts of men.

Were you, My followers, to see, as I see, the evil spirits who roam the earth seeking a home, you would die of fright. They seek refuge in the human soul and the home they inhabit. Souls who do not love Me, who reject God and who follow false teachings, spread by Satan, including new age organisations – who pose as religious and spiritual organisations – leave themselves wide open to these spirits. Many of these souls would be insulted if they were told that they were carriers of such wicked spirits. They would not believe it, even when they show signs of deep emotional distress.

These evil spirits, and there are many, show themselves to Me where they squirm in blackness before Me. I can see them sneering and spitting at Me from their vile mouths. When they are present in God’s children, they transform the person they have entered, albeit slowly, at first. In time, these poor souls, will spew out obscenities against God and the Laws laid down by Him.

They will promote wicked acts, of every kind, and will go to great lengths to seduce other souls into committing sin. As they increase the speed of their infestation, the Holy Spirit, present in the hearts of My followers, will stage a powerful battle to help eradicate this evil.

This is why prayer is so important. Your prayers, offered up to stop the spread of evil laws, which offend God, will be heard and acted upon.

Please continue to recite the Crusade Prayer (87) to protect your nation from evil and so that evil acts of persecution can be mitigated.

O Immaculate Heart of Mary, Mother of Salvation and Mediatrix of all Graces, you who will participate in the salvation of humanity from the wickedness of Satan, pray for us.
Mother of Salvation, pray that all souls can be saved and accept the love and mercy shown by your Son, Our Lord Jesus Christ, who comes once again to save humanity and to give us the chance of eternal salvation.
Amen.