Many will not be strong enough to fight against abortion, euthanasia and same sex marriage 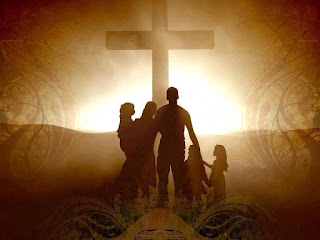 My dearly beloved daughter, the enemies of God now rise in great numbers, in every nation, to denounce the Laws of God.
There will be many new laws introduced into each land and each church. Most of the laws will be against the Teachings laid down in the Holy Bible. Every kind of sin will be legislated for and the darkness of the beast will cover the world.  Those who oppose these laws will be dismissed as cranks and demonised.
Their voices will be drowned out by those who embrace secularism, as if it were an authentic religion. They will use every intellectual argument to enforce their vile laws and will deceive many, because they will use human rights as the tool to control others.
Many will not be strong enough to fight against abortion, euthanasia and same sex marriage. Then just as the laws are brought into being, the Catholic Church will announce the reformation to acknowledge all human rights and all religions. This will be followed by terrible division between those blessed with the gift of insight, given to them by the Holy Spirit, and those whose only desire is love of oneself and who reject God. They see God, and My Teachings, as an obstacle to living what they believe is a free lifestyle.
The powerful global elite organisation, which is infiltrated into every corner of the world, will plan new Church laws and plot to overthrow leaders, while at the same time, devise wars, which will bring destruction. So proud are they and such is the extent of their allegiance to Satanic adulation that they believe they are indispensable. How they will have to suffer for their evil deeds. Just as they believe that they can control others and inflict their devious plans on others, they will be struck down by the Hand of My Father.  They will be given only so much time to turn their backs.

After, then they will turn on each other and destroy one another. Such will the level of their suffering be that even towards the end it won’t be enough to make them see what lies ahead should they continue to be bound to the evil one.
To many people, not of God, they will notice little of these events at first. It will only be when their freedom is restricted that they will openly revolt against the injustices within their nations. They will then realise the horror which will have been created because the Light of God will have been extinguished. In its place will be darkness, emptiness,  hunger and lack of love. Only then will man cry out for the Mercy of God.  I will be there waiting to give them comfort and salvage their poor frightened souls.
Your Jesus