Always be wary of the divisions you witness in the world 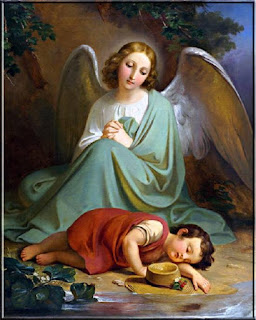 My dearly beloved daughter the rage of Satan has never been so intense as he inflicts suffering of every kind upon God’s children, in every corner of the world. The greater the disruption the greater is his presence and influence. But he is powerless on his own and it is only through the influence, which he asserts upon those who are open to him, that he can cause such diabolical persecutions.
The more souls he captures the worse the persecution is and the more he torments. When people who are loyal to Me allow him to create confusion and despair in their hearts, the venom which spills forth is the worst kind. It is then that they turn on each other, fight and divide until they destroy one another.
Always be wary of the divisions you witness in the world, whether it be in politics, religion or amongst My followers, for it will always be rooted in the haven of the beast, whose reign over humanity has come to an end. He will, however, not stop for one second in his plan to destroy all allegiance to Me, Jesus Christ.
It is only when you accept My Word, as I give it to you now, will you find the grace to ask Me to guide you through this devious minefield. Not one of you is strong enough in your faith to fight the influence of evil.

Without daily prayer, where you beg for My Help,  you will not be able to remain close by My Side. But when I bestow such graces upon you, you will become courageous and have the strength to stay loyal to Me. Only then will the Truth sustain you.
Your Jesus

O Immaculate Heart of Mary, Mother of Salvation and Mediatrix of all Graces, you who will participate in the salvation of humanity from the wickedness of Satan, pray for us.Mother of Salvation, pray that all souls can be saved and accept the love and mercy shown by your Son, Our Lord Jesus Christ, who comes once again to save humanity and to give us the chance of eternal salvation.Amen.
Posted by Billy Anthony at 10:27