The biggest lie is that Satan can foretell the future, but this can never be 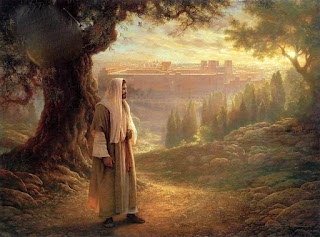 My dearly beloved daughter, as paganism continues to spread like a virus throughout the world, man begins to set himself up as God. Many sects who do not accept the Existence of the True God, honour instead the beast in their temples. These poor souls, whose love of themselves, which springs from a fierce ambition, have set up temples, which brazenly honour Satan.
To many outsiders, these temples seem like churches, which honour God, but do not be fooled. Their sole purpose is to adore the beast, who promises them eternal life. He promises them that by paying homage to their love of self, which replaces the love of God, they will gain an eternal paradise of pleasure.
The promises made to them by the beast, who communicates with them clearly, are designed to fool them into believing a lie. That if they place before the altar of the beast – the false god they adore instead of My beloved Father – their requests for worldly pleasures and self-gratification will be rewarded. If they put their needs first, before others, they believe they will be empowered with great wealth, control and freedom.
These people are encouraged to place themselves before God and to seek out such powers that they will be able to defeat the Divine Kingdom of God. Sadly, they will do whatever it takes to achieve their ambition for wealth and control over others through pure greed. They will destroy the lives of others. They will kill in order to achieve their objectives and they curse God every day.
When they curse God they hold black masses, many of which are held in secret and attended by powerful people, including those who say they serve God in His churches. Their satanic ceremonies are commonplace and they are proud of their acts. They proudly proclaim their buildings to be temples, for no shame do they have in their souls. These temples are set up to pay homage to Satan, not God, yet they would have you believe otherwise.
They will be punished by Me for their crimes against humanity and the profanities against God, of which they are guilty. Many of them curse My Father by using the terms which are unique to Him. My Father said: “I Am the Beginning.” “I am” is used to denote their love of self and they will emulate every holy act, deed and repeat words, which were given to the world by God, in order to defile Him.
Their temples will be, during the Great Chastisement, torn asunder by God and they will become barren and empty without any kind of power over God’s children. They will, however, like all of God’s children be given the chance to reject Satan before the Great Day. Some will accept My Hand of Mercy, but many will reject it, for they believe in the diabolic lies, which are imprinted upon their souls by the beast.
They believe that they, by controlling the world, expanding their knowledge of the universe, control life by extending human life and by depleting the global population that they will become as God.
Satan is very careful as to how he captures their souls. He shows them great visions of the future, which he tells them is theirs. He tells them of great events, which are to take place in the future, which is theirs for the taking. All are lies. None of what he tells them is true. Satan has many powers, which were given to him by God, as Lucifer, one of the most powerful angels in My Father’s hierarchy. He shows his followers beautiful images of a glorious future, which he says will be theirs if they surrender their souls to him. They believe in his promises of the future.
The biggest lie is that Satan can foretell the future, but this can never be. Prophecy can only come from God. No one has been bequeathed this Gift, which can only pour from the Lips of God.  Satan cannot foretell future events, details of which can only be given to the prophets of God. If you believe in Satan’s promises, your life becomes a lie and Eternal Life cannot be yours, unless you accept the Truth.
God has promised you Eternal Life. My Promise to come again and take you to Paradise is True.  Do not insult God by rejecting the Truth.

Crusade Prayer (111) To consecrate your children to Jesus Christ

O dear Mother of Salvation,I consecrate my children (name of child/children here) before your Son, so that He can bring them peace of spirit and love of heart.Please pray that my children will be accepted into the Merciful Arms of your Son and keep them from harm.Help them to stay true to the Holy Word of God especially in times, when they are tempted to turn away from Him. Amen.
Posted by Billy Anthony at 11:24